Help Choose the Winner of a GAF Roof

Our 8th annual New Year, New Roof Giveaway kicks off January 1, 2023! Thank you to our amazing co-sponsor, GAF Roofing, for making this program possible every year.

Here is how our New Year, New Roof Giveaway works: 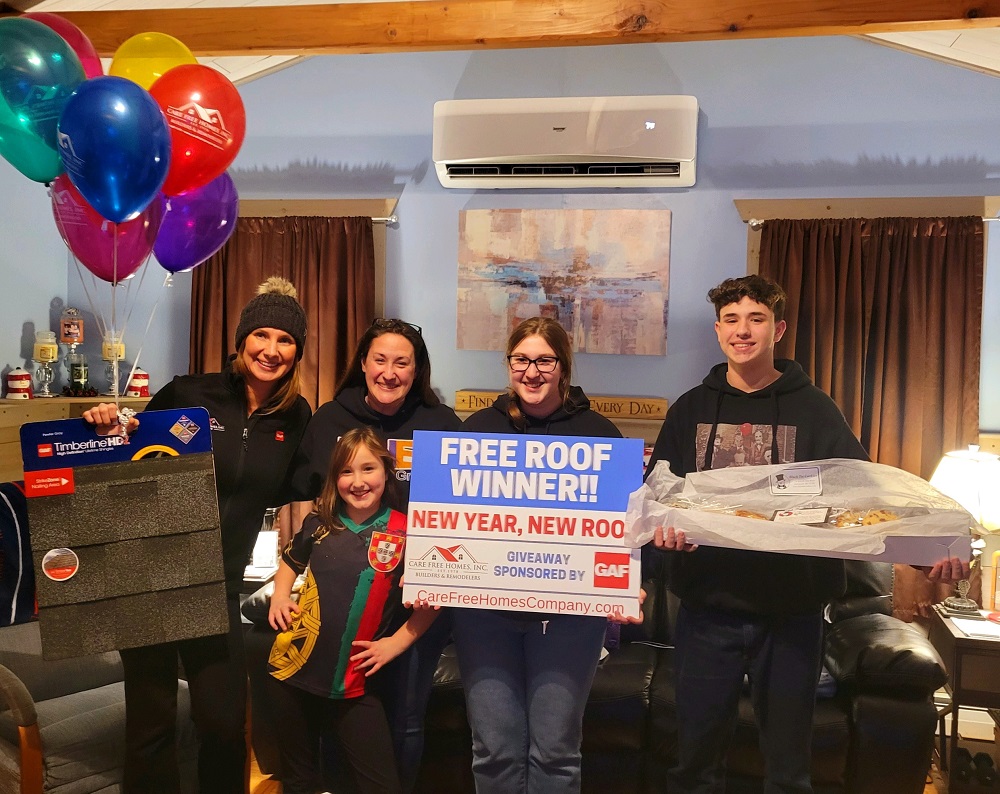 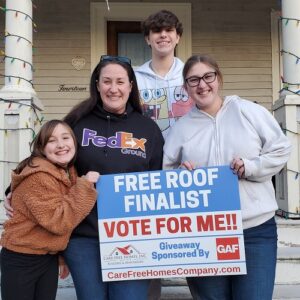 Nominee Story: Bonnie DiGregorio is a Marine veteran and struggling single mom of 3 children. Starting in the fall of 2021 her mom was 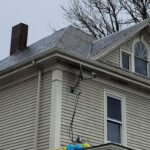 diagnosed with cancer and passed within a few weeks. In January, she lost her husband very unexpectedly which left her children and herself devastated. It also brought her down to a single income to take care of the children and house. At the time Bonnie worked for the VA hospital overnights but had to leave that job because in March she lost her mother-in-law who helped her with the kids after the loss of her husband. Bonnie was lucky to find a new job but one income to take care of everything is very tough. Bonnie is trying to balance everything but after the day to day expenses, it doesn’t leave anything for maintenance to the house. She really wants to keep her house and not have another major change for the kids. Bonnie is not used to being on the “needing” side because she is always working to help others. Getting a new roof would give her one less thing to worry about. 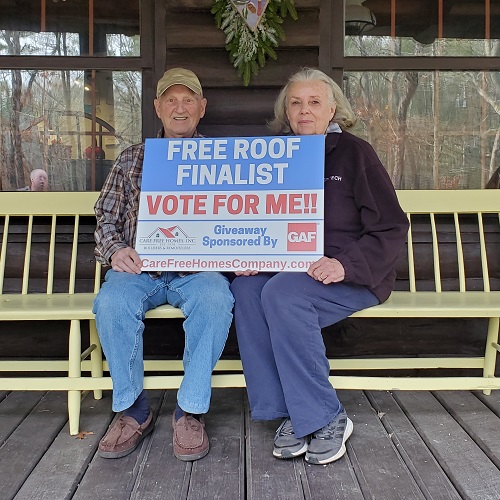 Nominee Story: My parents, Ernest and Judith, have lived in their home since 1969. Always a worker, Dad built their log cabin himself. He 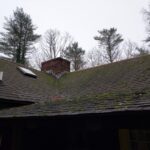 spent most of his career working at Morse Cutting Tools as a machinest for 23 years until they closed their doors. He worked other jobs until 1997 when he had a brain aneurysm that left him disabled. When Mom was younger she was partners in a day care where she helped watch young children. She was also a hostess at a local restaurant. Mom was diagnosed with breast cancer in 2021 and is currently in remission but still recovering with medications. They are both great people but they are struggling due to their fixed income and medical issues. They are both wonderful people and but are in dire need of a new roof. 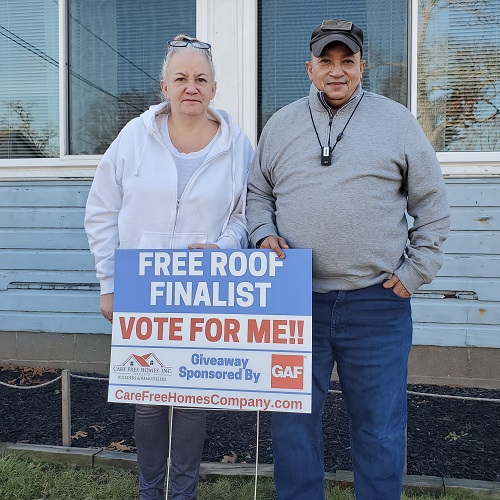 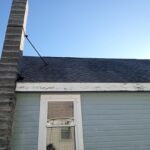 after deploying to both and Afghanistan and Iraq with the Army. Susan has lots of medical problems including fibromyalgia, diabetes, and a knee replacement surgery coming up soon. Susan is very crafty and donates her creations to fundraisers to help others. Joe helps others in the community by bringing them to doctor appointments or errands around town. He also keeps an eye on their neighbors properties during the winter since their neighborhood is collection of summer cottages. Their roof leaks badly with every storm. Please consider them as they are such a deserving couple. 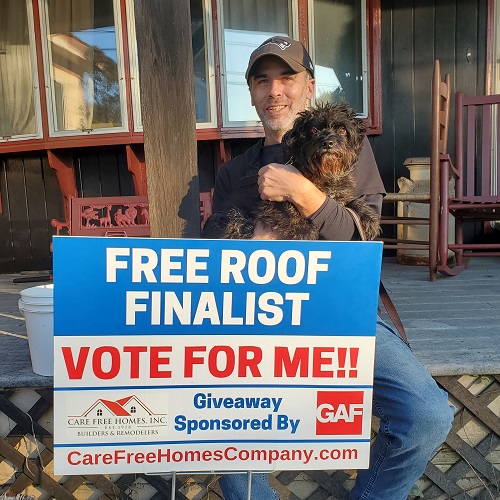 Nominee Story: I met Matt as a client referral from a mutual friend. He is a hard worker and it took me one conversation to realize that Matt was a genuine person 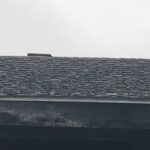 and someone I really wanted to help. After the passing of his father, Matt moved back in with his mother to help care for her and for her beloved animals. A few years ago, his mother complained of a stomach ache and he brought her to the hospital not thinking the issue was too severe. The next morning they brought her to Boston, as the issue seemed to worsen. Sadly, Matt unexpectedly lost his mother the next morning. After losing his mother, he has continued care of the animals with intention of improving the home, but now individually shouldering the home responsibilities for him and several family members. After saving up the money to repair the roof this winter, his truck experienced significant issues and as his only means of transportation, that consumed mostly everything he had saved up for the roof. I hope that this will get Matt some consideration in starting the new year off with some great fortune and a well-deserved new roof! 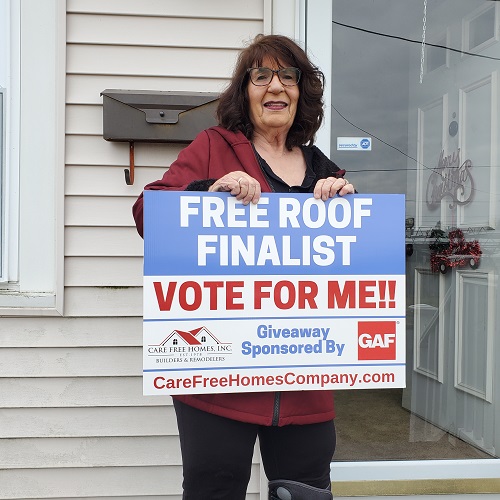 Nominee Story: My mom is 78 years old and living alone. She has been retired for many years and living off her social security. She’s 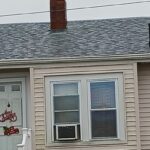 owned her home for the last 50 years and since my dad died 17 years ago she’s been having to take care of everything on her own. She is selfless and giving and the most heartwarming person I’ve ever met she asks for nothing and gives everything. If I ever need help, I can call my Mom. She recently broke her foot right before Thanksgiving when she fell down the basement stairs doing her grandson’s laundry. She was so worried she couldn’t make Thanksgiving and Christmas dinner so she ended up teaching me how to do it for her. I’ve tried to help her everyday going over bringing her breakfast, dinner, whatever she needs and she always tries to fight me over it telling me not to do anything that I should be taking care of my family and not her. She’s done so much for me that I want to do whatever I can for her. There’s not a more deserving person of this then she is. Thank you for consideration. 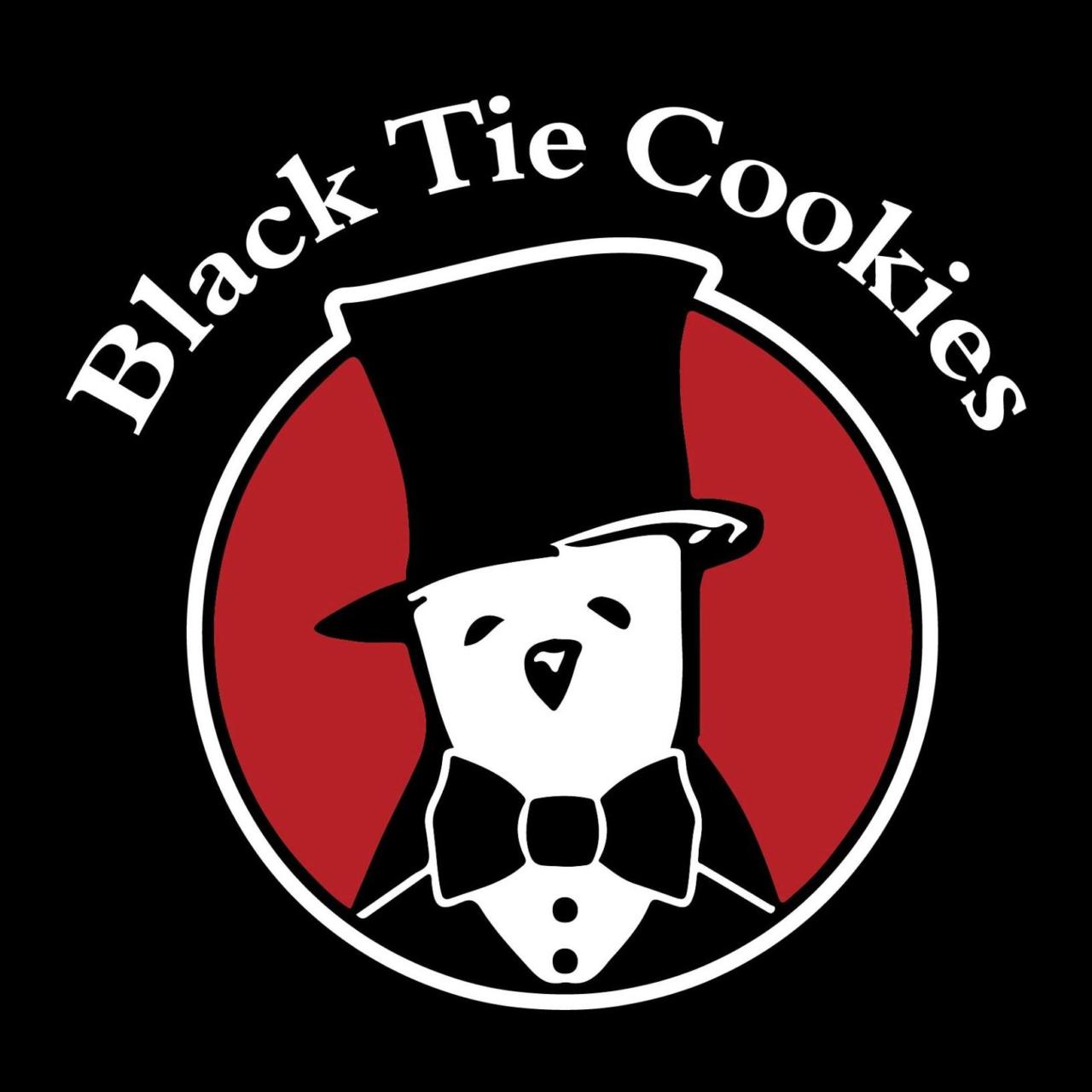 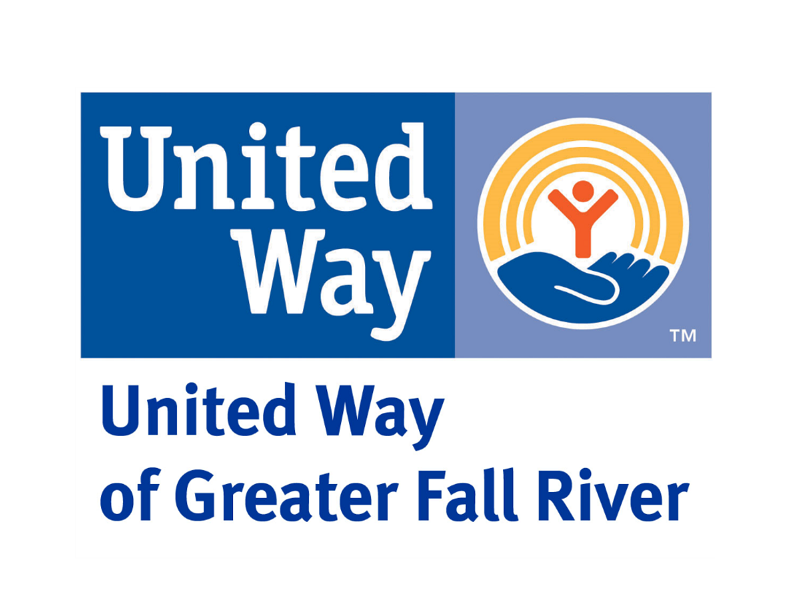 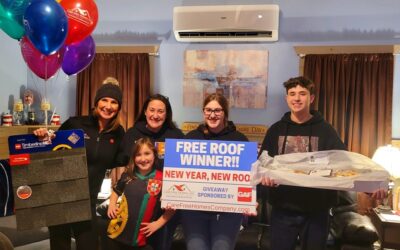 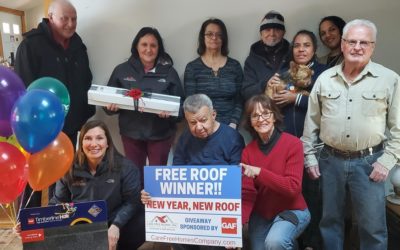 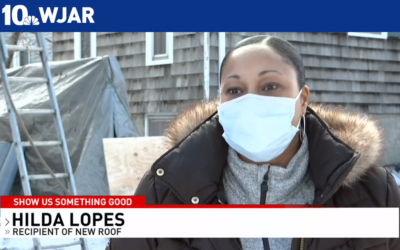 Thank you to WJAR Channel 10 News for sharing the story of Hilda Lopes and her experience as a New Year, New Roof Giveaway Winner!  An NBC affiliate, the Providence based television news channel highlights positive community news in their daily "Show Us Something...

Please contact Stephanie Pickup via email at stephanie.pickup@carefreehomescompany.com or by calling (508) 997-1111 Ext. 105.