Once Upon a Kitchen…A Care Free Story 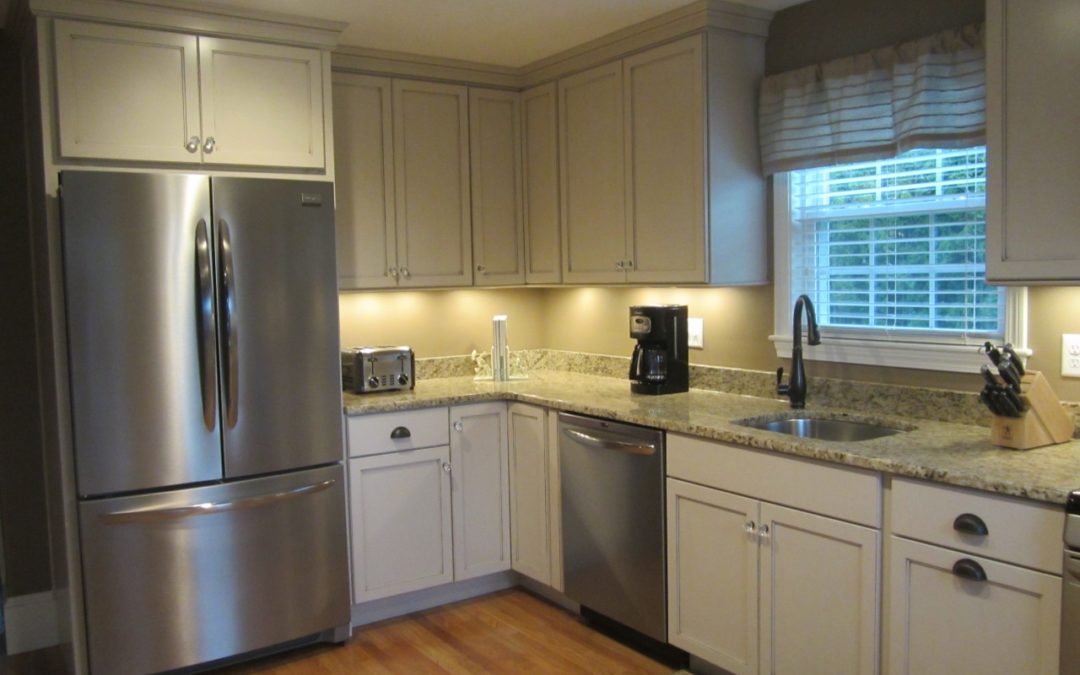 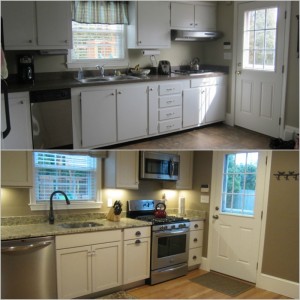 Once upon time, there was a 50-year-old kitchen who was to be banished from the culinary kingdom.  Despite
several face lifts and cosmetic repairs, it still could not live up to royal standards.  Its appliances were ho-hum, storage capacity limited, and counter space non-existent.  To make things worse, an undesirable wall separated the kitchen from its long lost love, the dining room.  The two spaces were completely estranged from one another, resulting in an awkward situation for the two rooms and the royal family who inhabited them.

After years of feeling ina 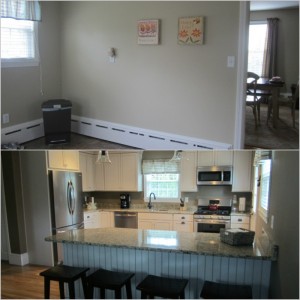 dequate for its master, the kitchen was finally rescued from a knight in shining armor named Sir Care Free.  The brave and capable hero came galloping into the castle and declared that he could, indeed, grant the kitchen its wish of being beautiful and functional once again.  But it was Sir Care Free’s final words that brought the most joy – the kitchen would finally be united with the dining room. Sir Care Free courageously removed the ghastly wall that once stood between the two living spaces.  Now restored to its rightful place, the King and the Queen have proclaimed the kitchen as the official heart of the home and lived happily ever after. The end.

Each crew was polite, professional, hardworking, efficient and great to deal with. I’ll definitely reach out to the Pickup Family when it’s time for my next project! I highly recommend Care Free Homes…Two thumbs up!

You guys did a great job from initial measuring right up to installation and clean up…I would recommend you to anyone.

They were quick about getting things done and I felt they were doing an extremely good job and I was getting a good product and good workmanship for my money.

Dana was a very good representative of their company. He wasn’t pushy and explained everything well. He did an excellent job and so did the installation crew.

Thank you for making this experience easy and turn-key. We appreciate it!

The workers were on time, very polite, worked hard, were considerate, and picked up before the site was left for the day. The job was done on time and in a very professional manner.

Thank you for taking the extra time and effort to conduct business with me, being that I live in Florida. It is heart warming to know that there are still companies that care and will go the extra mile to provide customer service.

I would like to recognize Dana as well as his daughter. They were both polite and professional. Also, the workers worked hard and did an excellent job.

Just a quick note to say how pleased we are with our experience with Care Free Homes…I’m glad we called and look forward to working with you again.